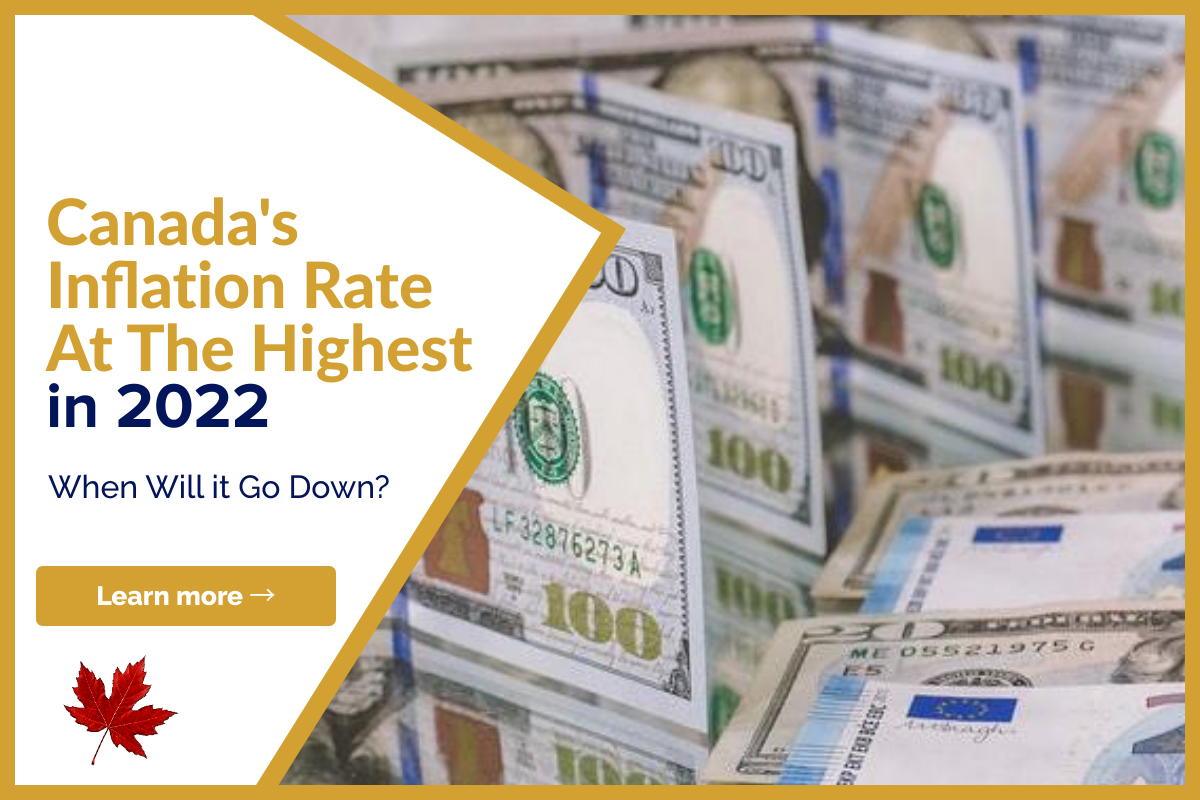 Now you can listen to our blog post, “Canada’s Inflation Rate At The Highest” while on the go.

Canada’s inflation rate is now at 5.7% – the highest since August 1991. It rose to a new multi-decade high as the price of everything from gasoline to groceries to shelter rose swiftly.

Statistics Canada reported that the inflation rate has risen to a level it never touched in the past last 30 years. It is up from January’s level of 5.1 percent, and even higher than the 5.5 percent that economists were expecting. So, if you feel that everything is getting more expensive, then know that it’s because it is.

One of the most critical factors driving this increase in prices is the ongoing crisis in Ukraine. As a result of conflict, retail gasoline prices have jumped by over 6.9 percent in the month of February alone. It is almost a three times increase since the same period last year. The data agency also suggested geopolitical conflict in Eastern Europe and the Middle East, as the main reason for the higher pump prices. The uncertainty surrounding the global oil supply is putting more pressure on the prices now.

For the sake of facts, know that gasoline’s rise of 32.3 percent is alarming in the presence of further pressure on prices. With such a dramatic increase, gasoline prices are likely to destroy the demand.

Prices at the grocery rate are another major factor, as food prices at stores have become 7.4 percent more expensive in the past year. That is the fastest pace of gain since 2009. Additionally, the price of baked goods is seeing increased scrutiny right now due to the ongoing conflict in Ukraine. It is worth noting here that the conflict has cast the wheat crop from both countries into doubt. As a fact, Russia and Ukraine together make up almost 30 percent of the world’s supply of wheat.

Canada is also a major supplier of wheat. Although the country’s crop has not been impacted by the war, it has problems of its own. Drought conditions across the Prairies last year made the country’s wheat crop smaller than it would normally be. This triggered the wheat prices for what was available even before the current mess.
Wheat is not only the cost that is rising alone. The cost of everything from yeast to vinegar and even packaging materials like cardboard boxes and bags have gone double-digit.

Putting the food on the table is not the only thing that is costlier. Keeping a roof over one’s head is also becoming more difficult with shelter costs going up by 6.6 percent in the past year. That is the fastest pace of increase since 1983.

Rents were moderated in the first year of the pandemic, but they have now come roading back in the past year. However, on the bright side, the numbers show a small number of services got cheaper in the past year.

Prices for telephone services, for instance, fell by 7.9 percent in the year up to February. The main reason for the drop was a move in 2021 by various cellular companies to offer bonus data at no additional cost. However, the price drop came in February 2021, which means it will no longer be a factor in the annual comparison from now on. The child care and housekeeping services are getting cheaper too. They fell by 32.8 percent month over month in Saskatchewan and 18.2 percent in Newfoundland and Labrador following the introduction of new child care grants.