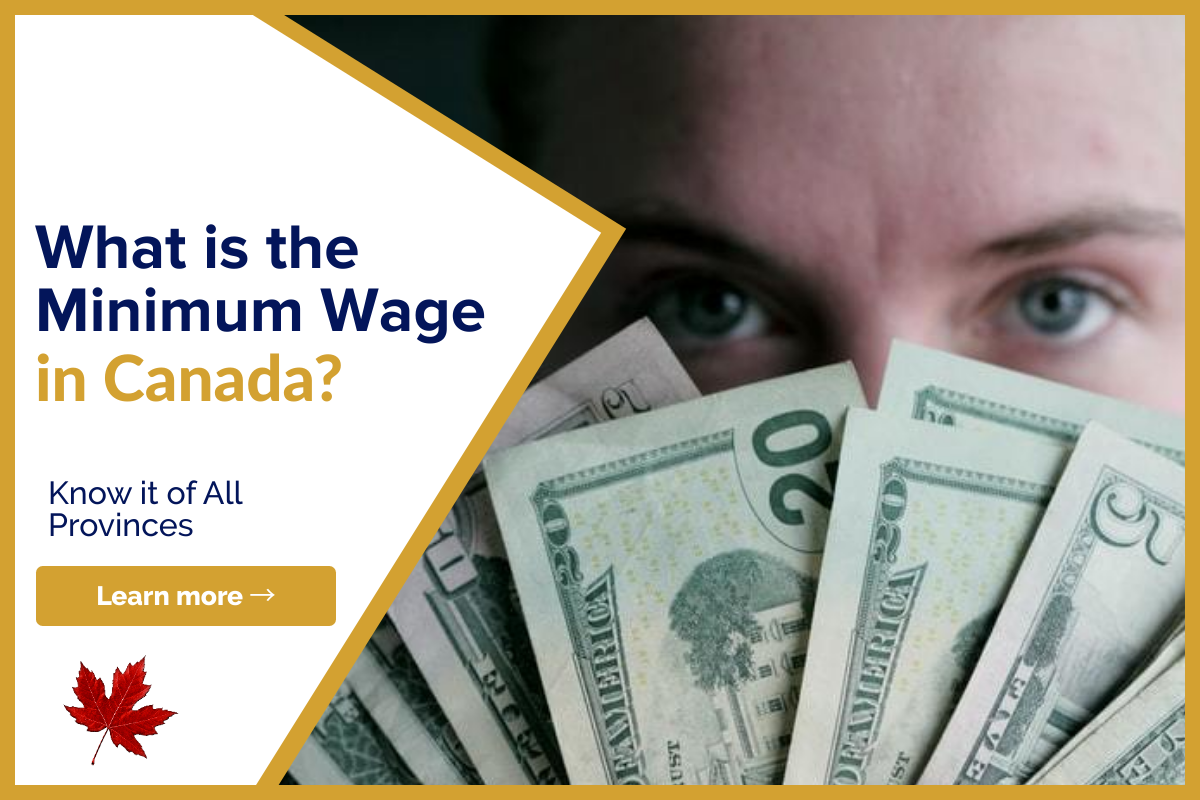 Now you can listen to our blog post, “Minimum Wage In Canada” while on the go.

The smallest legal hourly amount that an employer may pay its employees is known as the minimum wage. Although there are occasional variances in most provinces and territories, most hourly workers are compensated at least to the level of the minimum wage in the jurisdiction in which they work.

The Minimum Wage From Province in Canada

The minimum wage in Canada for each province and territory was as of January 22nd, 2021: 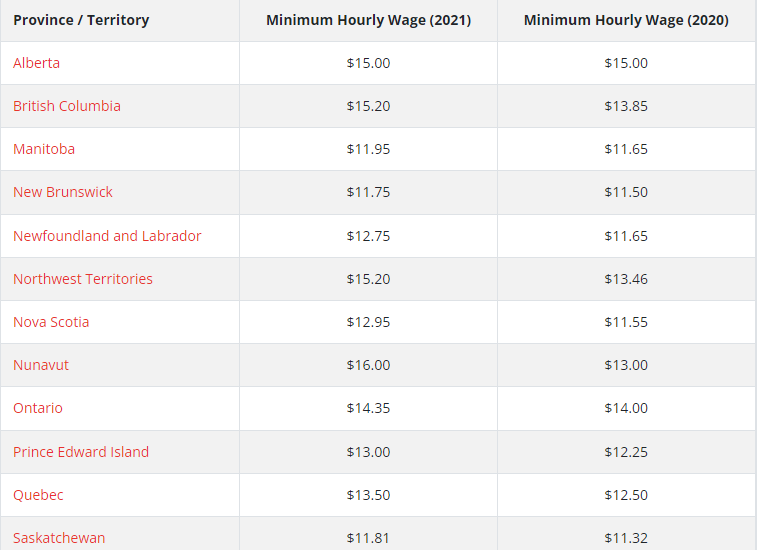 Exceptions to the Minimum Wage

There are certain exceptions to the rule that most workers must make at least the minimum wage in the province or territory where they work. This list only contains people who are paid an hourly wage. Some workers, such as those who provide live-in care, are frequently compensated on a daily or monthly basis. The minimum wage for some professions is higher than the national minimum wage.

In Newfoundland and Labrador, all workers are paid at least the legal minimum. In Newfoundland, the current minimum wage is $12.75.

In Nunavut, all workers are paid at least the legal minimum. However, employers that provide boarding or lodging can deduct a certain amount from your pay.

Can you survive in Canada on minimum wage?

This issue is hotly contested. Depending on the area in which you reside. You wouldn’t make enough money working 40 hours a week to maintain a minimum level of life in most major cities, including Vancouver and Toronto. In the majority of other regions of the country, including Winnipeg and virtually everywhere in Quebec, you could get by. The expense of a basic level of living is significantly greater in the territories. For instance, the living wage in Inuvik, Northwest Territories, was $24.75 per hour in 2019. In 2021, the Territory’s minimum wage will be $15.20 per hour.

Every province and territory in Canada has laws requiring a minimum level of pay for most hourly workers, while there are some exceptions. In Canada, there are many minimum wages. Regardless of whether it lowers your hourly pay below the minimum wage, some expenses may be deducted from your paycheque. Whether you can have a basic level of living in Canada on the minimum wage is debatable, but it appears that you can in most regions across the country.

Are you struggling with your financial needs and need some extra cash? Lionsgate can help. Just fill out the form below, letting us know all your cash or mortgage requirements and we will find the best lender for you. Amazing thing? The process is free and you can quit it at any time.

We have a team of experts that analyze your requirements and pick the best lender for you, with prudent advice.