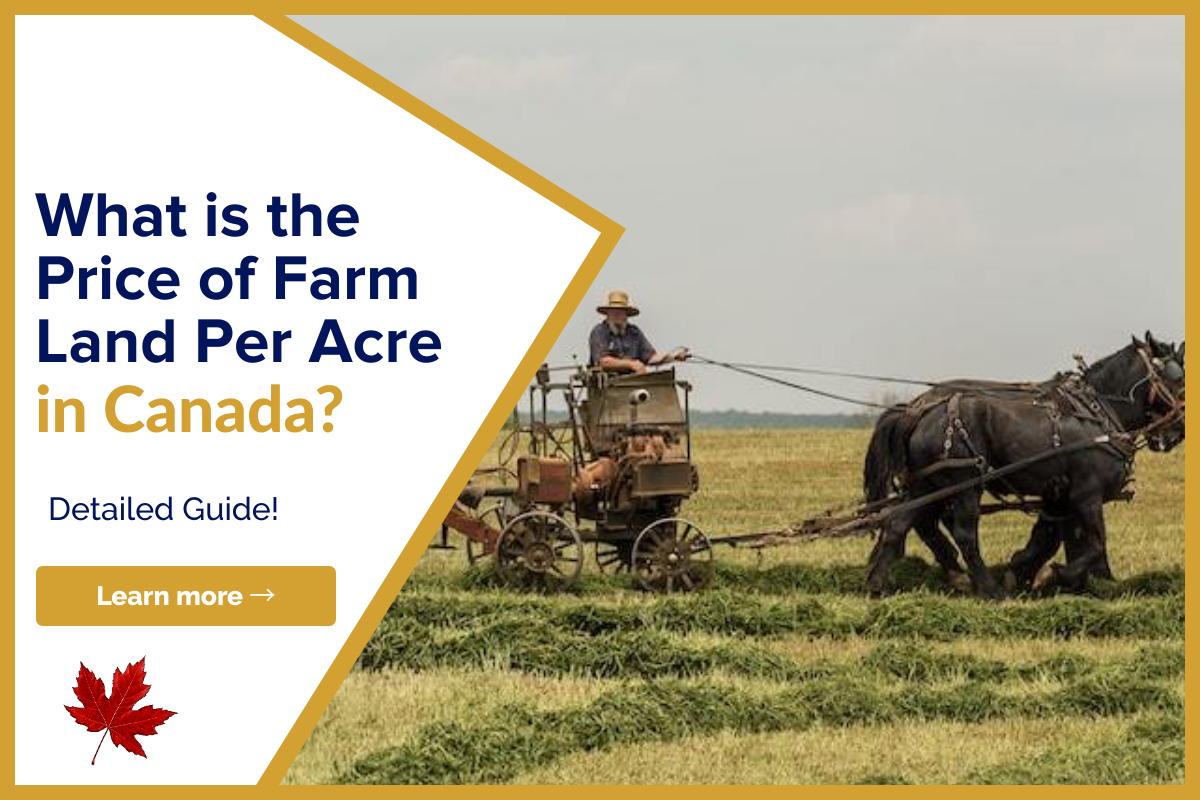 Now you can listen to our blog post, “What is the Price of Farm Land Per Acre?” while on the go.

What is the Price of Farm Land Per Acre in BC?

Farm Credit Canada reports that in the first half of 2021, BC’s already high farmland values increased even further. As commercial growers competed with hobby farmers for rural holdings, according to a mid-year study from the government-funded agricultural lender, the value of farmland in British Columbia soared by about 9%.

British Columbia has the highest land value per acre in Canada, so this is a sizable rise.

The country’s most expensive farms became even more costly due to the increase, despite the same pattern observed in Quebec and Ontario, where values increased 11.5% during the same time period. With an average value of $100,800 per acre, the South Coast area, which includes Metro Vancouver and the Fraser Valley, led the nation last year. Sales prices peaked in the region last year at $156,300 per acre, which was more significant than anywhere else in Canada.

However, this year’s growth this year was smaller than that of the previous 12 months. The value of farmland in BC increased by an average of 13.6% between July 2020 and June 2021.

Some properties anticipate even more significant growth. A 30-acre biodynamic farm on Lasqueti Island was sold last summer for $1.2 million and is now back on the market for $1.45 million.

The FCC claims that sustained low-interest rates should enhance land values, but the effects of this summer’s drought are still unknown. On the one hand, the results of the drought on row crops will increase commodity prices, increasing the value of drought-tolerant lands. The value of livestock producers’ properties is expected to decline due to these high prices.

What is the Price of Farm Land Per Acre in Ontario?

The increase was caused by growing demand worldwide and a shortage of available land. Compared to 2020, the year the epidemic started, 2021 was a “particularly active” year for farmland sales, according to Allan Earle, a sales representative of Culligan Real Estate Ltd.

According to the survey, part-time farmers, cash crop farms, and large, intense supply-managed farm enterprises accounted for a significant portion of the demand. According to Earle, as the overall farming population ages, many well-established farms are purchasing more acreage for succession plans.

The average price per acre in Eastern Ontario increased by 12% in 2021 to $9,700, making it “the finest value for your dollar,” according to Earle. According to him, Hastings County in the west and Leeds County generally had the lowest costs for farmland.

Southwestern Ontario had the highest average land price, at $23,500 per acre. According to Earle, land values were normally highest in Perth and Oxford counties.

According to the survey, different bidders, including rural home developers and hobby farmers, have increased rivalry for farmland close to major urban regions. High commodity prices and historically cheap loan rates were the key drivers behind farmland purchases.

The article claims that “many buyers are purchasing land in less costly locations, which is driving up prices.” However, according to Earle, seasoned farmers typically choose the closest option.

The “flight of urbanites to the country” in quest of houses with many acres, which might be ideal farmland, was another cause in the increase in property value, according to Earle. In his two decades of real estate activity, he claims that this is the first time he has witnessed this group competing with the market.

Ontario is a sizable province, remarked Earle. “There are several markets since the landscape is quite diversified. With rising interest rates and commodity prices this year, the market has been strong and is likely to remain so, according to Earle.

The Farmland Values Report examines changes in land value across the nation using benchmark farm properties and average sale prices in each region. The province with the largest rise was Ontario.

What is the Price of Farm Land Per Acre in Minnesota?

According to the USDA National Agricultural Statistics Service Land Values 2022 Summary, the value of all land and buildings on farms in Minnesota, known as farm real estate, averaged $6,150 per acre in 2022.

According to the USDA NASS, Minnesota landlords received an average of $185 per acre in crop cash rent in 2022. As per the USDA National Agricultural Statistics Service Land Values 2022 Summary, the value of all land and buildings on farms in Minnesota, known as farm real estate, averaged $6,150 per acre in 2022.

Cash pasture rentals averaged $27 per acre, $1 more than the prior year.

What is the Price of Farm Land Per Acre in Alberta? 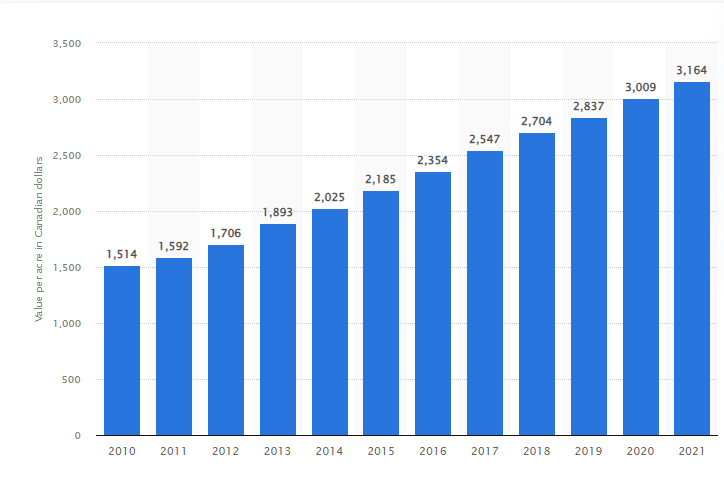 Need Some Extra Cash to Help Your Finances? Try Lionsgate!